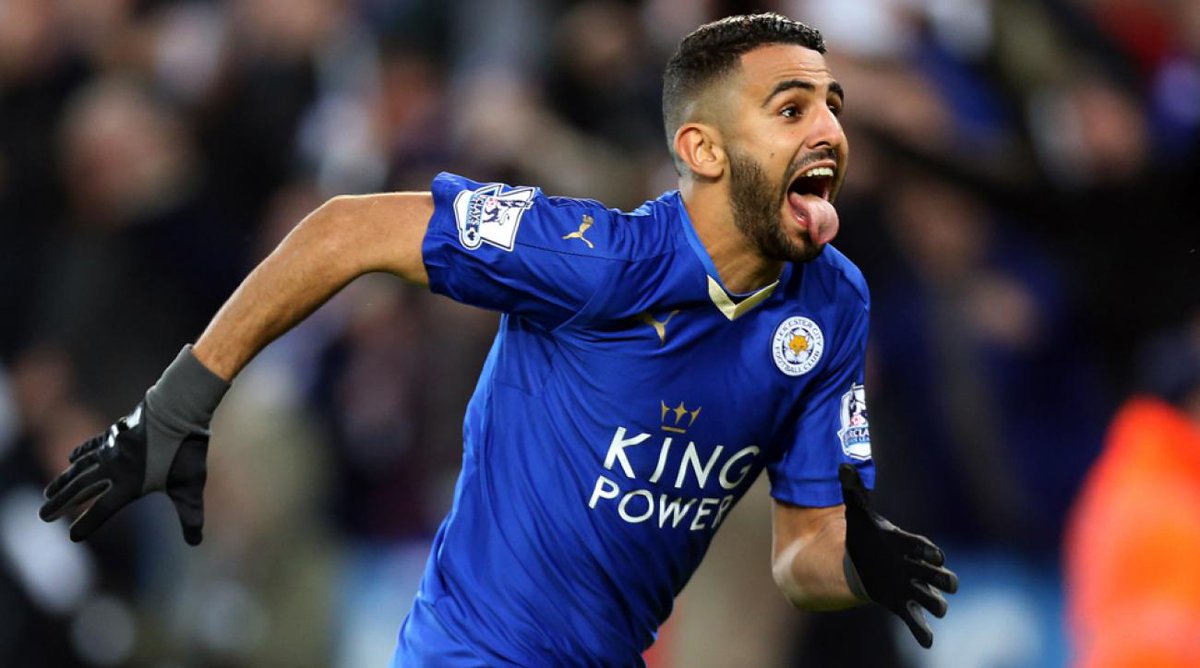 Manchester City, having failed to add an attacker in Alexis Sanchez last summer and in this winter window, have looked at signing Mahrez. The player is also keen to move to Manchester to feature under Coach Pep Guardiola. City have reportedly submitted three bids now for the player, asking the Foxes to release the winger for £55 million.

If the move goes through at that price, Mahrez would become the second most expensive signing at the Etihad. City recently spent about £3 million more to land a centre defender Aymeric Laporte from the LA Liga. For Leicester, they want more money even though the £55 million would be their most expensive transfer out; eclipsing the £35 million they received from Chelsea for Danny Drinkwater.

The player has now handed in a transfer request ahead of the likely more. He didn’t go to the training ground like the rest of his mates on Friday and he did not join the rest of the squad for the trip to Everton for their next league fixture. Leicester City are keen on finishing in the top half of the table and losing Mahrez this late could jeopardize that. If they would take the risk, they want more money, believed to be at least £60 million aside add-ons.

Man City want Mahrez to be an attacking threat in the wings though they have Sane and Raheem Sterling. Sane is injured and could stay weeks out, Gabriel Jesus would take a long time out and Sergio Aguero is injury prone, so City are not taking chances when they are still in line for four titles this season.